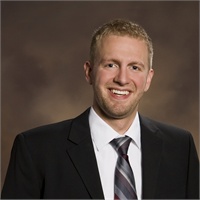 Jared was born and raised in Oshkosh, WI. He attended the Unified Catholic School System all the way through high school being educated at Saint Francis Cabrini Elementary School, Saint John Neumann Middle School, and Lourdes High School. He attended The University of Wisconsin La Crosse in September of 2006 and graduated with his undergraduate degree with a double major in Finance and Economics in May of 2009. He went back to school in La Crosse for his Masters of Business Administration in September of 2009 and graduated the following August in 2010. He then proceeded to get both his health and life insurance licenses and got appointed with United Healthcare selling Medicare products while working on his securities registrations.